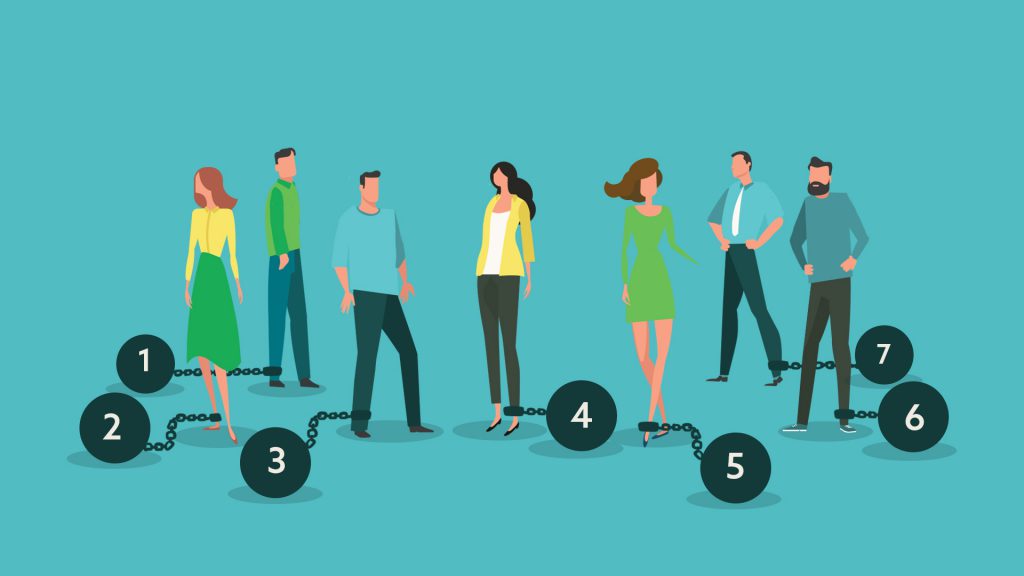 Last year 750,489 individuals filed for bankruptcy. This is a number that has thankfully been going down year after year as the Great Recession becomes an increasingly distant yet still very painful memory for so many people. But it does beg the question – what are the main reasons that lead people to declare bankruptcy? It’s not an easy decision to make because it does impact your credit history and score for years afterwards. For many, it is only done as an absolute, final resort when they’ve hit rock-bottom, which is never a good place to be. But knowing what it is that forces people to file bankruptcy can help anyone be more vigilant and hopefully avoid it themselves. Here are the top 7 reasons people declare bankruptcy: 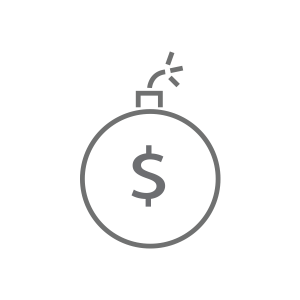 If you’ve ever seen other lists about the reasons people declare bankruptcy, you might have expected to see something like medical bills as the number one cause. But you have to dig a little deeper to really figure out what’s going on with bankruptcy filings. For example, you could have one and only one reason on the list – too much debt, right? What people want to know is more about the kinds of debts that make people file bankruptcy. In a way, “too much debt” just the big picture of the issue. What is it that actually triggers people to file? Most people have multiple kinds of debt, so what is it that suddenly makes their debts unmanageable? When you take a closer look, for many it is when a lawsuit is filed against them by one or more debts. That often ends up being the proverbial last straw that makes them realize they need to file bankruptcy.

The way this usually plays out is that a specific consumer debt is sold at a deep discount to a “debt buyer” who then aggressively pursues collection of the debt because they will make a handsome profit if they can collect even a portion of it (because they paid so little to take over the debt). These debt buyers often resort to litigation if their pestering debt collection efforts aren’t working.

Debt buyers file millions of lawsuits against consumers every year in their attempts to make a profit on the financial misfortunes of consumers. One study of this phenomenon, A Study of the Causes of Consumer Bankruptcy, found that for 78% of bankruptcy filers, it wasn’t about the amount of debt or all the debt collection calls they were getting, it was when debt collection litigation was started against them that made them declare bankruptcy. This is why many people argue that the most effective way to help prevent consumers from feeling like they have to file bankruptcy would be abatement of debt collection litigation. 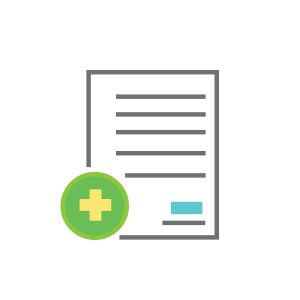 Having identified the biggest of the reasons people declare bankruptcy, it is also true that one of the specific kinds of debt that triggers people to file is when they suddenly find themselves saddled with huge medical bills they weren’t expecting. Although there hasn’t been any recent research on this one, the classic study cited for it is one by Harvard University that found more than 60% of bankruptcy filings were driven by medical expenses in 2007, as opposed to only 46.2% in 2001.

The twist on this one that’s becoming increasingly apparent in recent years is the mounting number of older people who are filing bankruptcy:

“The rate at which Americans at least 75 years old filed for bankruptcy more than tripled from 1991 to 2016, while filings among those between 65 and 74 ballooned more than 200 percent, according to a recent study from a group of professors working with data from the Consumer Bankruptcy Project… More than 62 percent of respondents also indicated medical expenses were ‘a catalyst for bankruptcy.’ And 4 in 10 respondents indicated missing work for medical reasons was a primary factor in their decision to seek bankruptcy protections. (source).”

A more recent investigation into medical-related bankruptcies found that not much has changed even though the Affordable Care Act (Obama-care) helped a lot more people get health insurance. The same high percentage of bankruptcy filers are reporting medical expenses as a main cause for declaring bankruptcy (source).

Given the out-of-control cost of healthcare today, it’s not at all surprising that medical bills are among the major reasons people declare bankruptcy, or that it’s especially a problem for the growing number of retired people as the Baby Boomers are retiring at a rate of 10,000 every day!

Reason #3. Loss or Reduction of Employment 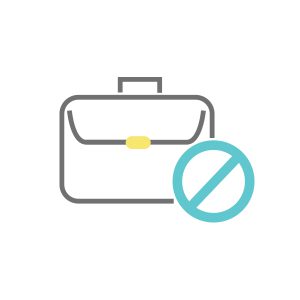 People who are just managing to get by with their debts based on their current job income can find themselves turning to bankruptcy if they lose their job. The phrase “one paycheck away from bankruptcy” rings true for all too many people. With the sudden reduction in their income from being laid off or let go, often with little in the way of emergency savings, declaring bankruptcy becomes the only way to keep creditors at bay and reduce or eliminate their worst debts.

As you might expect, the rise in unemployment from the Great Recession caused a huge spike in bankruptcy filings, with 1.53 million individuals filing bankruptcy in 2010. That was the peak, and that number has come down by half since then. But plenty of people are still at risk in spite of the longest post-recession economic recovery in history. After all, it’s only a matter of when, not if the next recession occurs. 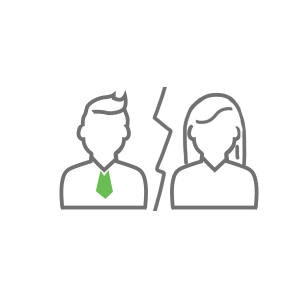 Most people underestimate the financial impact that happens when two people who were previously a single household become two separate households because of separation and/or divorce. There are legal fees to be paid for a divorce, which can be substantial if it is a contentious divorce involving a lot of litigation and the expensive attorney fees that go with it.

But the legal fees are the just the beginning. Each newly separate party now becomes responsible for all their own household expenses without the benefit of a second income. Add on alimony and child support payments and either party can find themselves really hurting financially. It’s also important to know that alimony and child support debt are not covered by bankruptcy, so people are still on the hook for those debts even when they file bankruptcy. 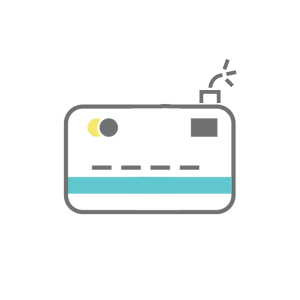 Most people have some amount of credit card debt. Credit standards before the Great Recession had become very loose, which meant it was easy to get multiple credit cards with surprisingly high lines of available credit. Yes, some people are just not good about using credit. They rack up of a ton of credit card debt without thinking of the consequences until it’s too late. For others, however, the accumulation of credit card debt was a way of dealing with one of the other items on this list – losing a job, having unexpected medical expenses, going through a divorce, and so on. They were able to make ends meet for a time by playing the credit card game, but it’s not a strategy that can be sustained for long.

The good news is that unsecured credit card debt is among the easiest to reduce or entirely eliminate through the bankruptcy process. Filing for bankruptcy in these cases is often the best way to get your financial life back on track and heading in a better direction. It’s also worth noting that a lot of people try to avoid filing bankruptcy by getting into some kind of debt consolidation plan, of which there are no shortage available. But those plans often end up failing and only delaying the inevitable. If one of the root causes of your financial situation is poor budgeting and the inability to control spending, then a debt consolidation plan simply isn’t going to work over the long haul. 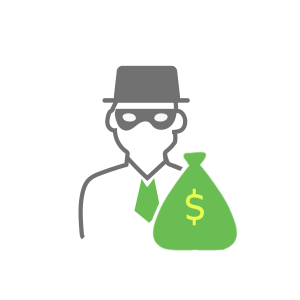 This one is all about the sudden and unexpected loss of property that you have to replace. In many cases, this has to do with losing a home entirely or having a home severely damaged in some kind of disaster. This is another instance where insurance comes into play. Most home insurance policies do not cover some kinds of disasters. Floods and earthquakes are the two most common disasters not covered by home insurance. But you need to read your home insurance policy carefully to find out about other kinds of disasters that probably aren’t covered, such as nuclear accidents, landslides, mudslides, sinkholes and so on.

As you can imagine, it’s not just the expense of repairing or replacing your home, but also many or all of your personal possessions if those were destroyed as well. Losing everything can easily force anyone into bankruptcy. In other cases where people are living on the edge financially, even the loss of a single important piece of property or possession due to theft or an accident of some kind can be enough to lead to bankruptcy. 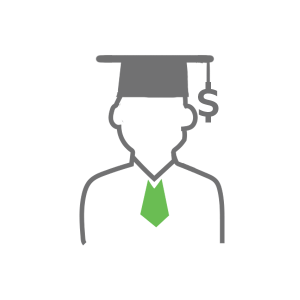 There is more than $1.53 trillion in student debt floating around out there. It’s an ongoing challenge faced by one out of every four Americans. Like alimony and child support, filing for bankruptcy will not eliminate or reduce your student loan debt except in very rare cases of extreme hardship. But the constant presence of that large debt can be what leads many people to file bankruptcy so they can address their other debt concerns even though they’ll still have to make good on those student loans.

In the final analysis, it’s rare for just one of the items on this list to be the cause of someone filing bankruptcy. Most people could point to several of the reasons people declare bankruptcy as applying to them. If you are among the hundreds of thousands of people declaring bankruptcy this year and find you also need to get a car, please know that help is available! Day One Credit specializes in working exclusively with bankruptcy customers to help them get the car they need and can afford by finding them a bankruptcy car loan. It’s also one way to get back on track to rebuilding a better credit score whether you’ve filed for a Chapter 7, a Chapter 13, or have a recently discharged bankruptcy. If you want to learn more about how all of this works, please download our recently-published resource: Day One Credit’s Bankruptcy Car Loan Guide. If you need more information about bankruptcy car loans, please feel free to contact us, but if you’re ready to get your keys to a fresh start, go ahead and apply online today!