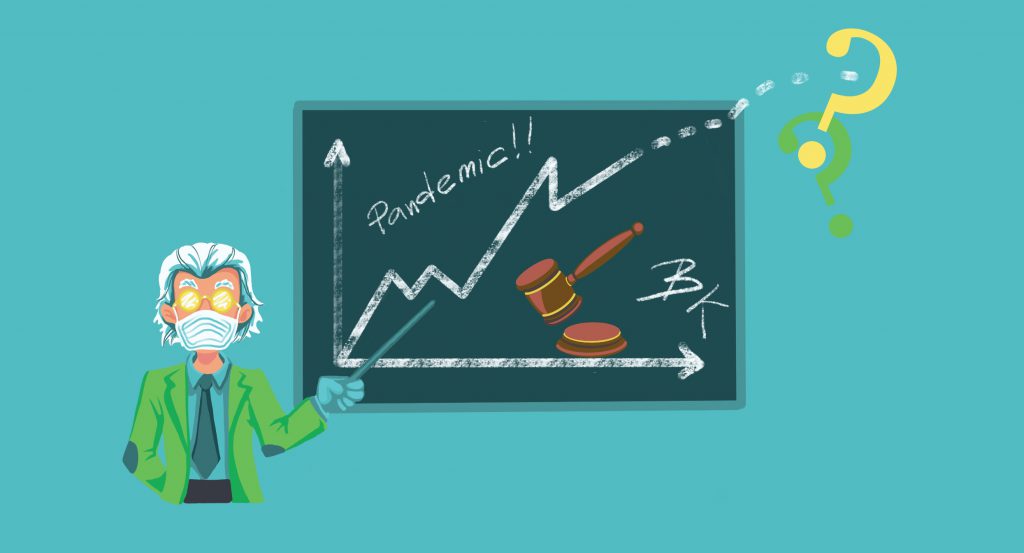 When the novel coronavirus outbreak and COVID-19 pandemic reached the US, it took a while before states were willing to put stay-home orders in place and force the closure of non-essential businesses, not to mention schools. But when the country did go into shut-down, it happened in what felt like the blink of an eye. From mid-March through the first week of June, more than 49 million people filed for unemployment benefits. The official unemployment rate in April was measured at 14.7% (source), which is significantly higher than the peak rate of 10% (source) that occurred during the Great Recession that hit in 2008. What does all this mean for bankruptcy filings and car loans? This article will explain the likely impacts and what you can do if you find yourself on the verge of bankruptcy in the coming months. 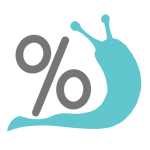 The Pandemic Recession is Different from Previous Recessions 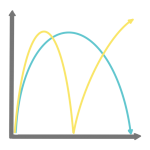 But the nature of the COVID-19 pandemic complicates this lag-time even further. It’s possible that there would have been a surge in filings in April, but many of the bankruptcy courts were closed much like everything else. Some did allow filings to proceed in an electronic fashion, but it still resulted in a greatly reduced capacity to accept filings, not to mention all the people who really can’t handle an approach that relies on technology.

Besides the reduced capacity of the courts to take on and process cases, there’s also another factor. Everyone notes how unprecedented this whole situation has been in terms of rapid shut-down of the economy and immediate huge waves of job losses. But it has also been unprecedented in terms of how quickly and comprehensively the federal government acted to help people. In addition to sending relief checks directly to many individuals, unemployment benefits were expanded both in the amount people receive and for how long they can receive it. Quite a few people are making more on unemployment right now than did when they were working. Because most people consider bankruptcy to be the absolute last resort, the financial assistance provided by the government may in fact be further delaying the inevitable wave of bankruptcy filings that is sure to come. It might just take a little longer for it to peak than it has in past recessions.

Is a Tsunami of Bankruptcy Filings Coming? 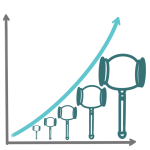 We certainly hope there isn’t a tsunami of bankruptcy filings. Maybe the federal government will distribute more relief funds to individuals. Maybe it will also further extend unemployment benefits to help those who are struggling. Maybe it will also provide additional help to businesses in order to get more people back to work. But those are a lot of maybes.

One of the strongest correlations is between job loss and bankruptcy filings. Unemployment in the Great Recession peaked at 10% (source), and we’re already well beyond that during the pandemic. April unemployment was 14.7% (source). May unemployment, oddly enough, actually fell to 13.3% when everyone expected it to rise even further (source). There are good reasons to question the accuracy of these numbers (see this CNN article if you want to get into it), but suffice it to say that some experts are saying the unemployment figure for April was probably more like 19.2% and May was something more along the lines of 16.1% (source). Either way you look at it, the unemployment situation is the worst it’s been since the Great Depression! As one reporter put it, “The speed and magnitude of the loss defies comparison. It is roughly double what the nation experienced during the entire financial crisis from 2007 to 2009” (source). In this sense, many think it’s not a matter of if bankruptcy filings are going to go up but when they will go up. Still, we can hope it won’t be a tsunami.

The lag-time in bankruptcy filings is going to be longer than previous recessions for reasons stated earlier (government assistance and bankruptcy court closures), but there’s another one to add into the mix. Another strong correlation to bankruptcy filings is overall household debt-to-income ratio. You might recall that the Great Recession was also referred to as a “financial crisis.” Too many people were playing fast and loose with credit to consumers who should have never been approved in the first place (especially in the mortgage industry). Just before the crisis, the overall household debt-to-income ratio was at an all-time high of 1.24 whereas just before the pandemic it was only 0.95 (source). This means many households were generally in a healthier financial situation going into the current downturn. In other words, this is another factor that might contribute to a longer lag-time in seeing bankruptcy filings increase. 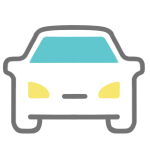 It will take months, and maybe even years, before we know to what extent personal bankruptcy filings may increase. If they do rise, a lot of them will be people who have never filed bankruptcy before, among other firsts that people are experiencing thanks to the pandemic (such as filing to receive unemployment benefits). If they’re like most people, they will wait as long as possible. They will struggle for weeks and even months until they finally reach the breaking point and decide they should file. This whole process will leave them feeling frustrated and overwhelmed.

Now imagine all the people who will go ahead and file for bankruptcy at some point in the coming months, only to then discover they need to replace their car. This will add even more stress and anxiety to an already difficult situation. Many will go to one or more dealers or lenders only to discover they aren’t willing to work with them because of their bankruptcy. Now they’ll be feeling downright desperate.

But this doesn’t have to be how any of this goes! At Day One Credit, we’ve established strong relationships with lenders who are willing to work with bankruptcy customers because we and they understand how bankruptcy is meant to be a fresh start to a better financial future. If you find yourself looking for the keys a fresh start in the coming months, please know that Day One Credit is here to explain all your options and guide you through the process of finding a bankruptcy car loan for your specific situation. You can get answers to common questions and apply online now!